Since 12 November 2016 when he was sworn into office as the Governor of Edo State, Godwin Obaseki has embarked on hundreds of projects. However, some stand out in terms of their scope and long term benefits.

In this article, we highlight eight (8) outstanding projects carried out by the Obaseki-led government that have thus far come to define his time in office as the Edo State governor.

All over the world, education is a key driver of national development and societal growth. Godwin Obaseki, the current governor of Edo State fully understands this.

The intention of the programme was to transform the learning outcomes for the 300,000 children. The students cut across 1,500 public primary and junior secondary schools in Edo State. To achieve this, the government invested heavily in education technologies.

The programme was launched to retrain and support all 15,000 government teachers— novice and experienced.

The teachers were given tablets while the headteachers got smartphones to transmit daily attendance. The tablets are loaded with digital lesson plans for every lesson needed for each day. 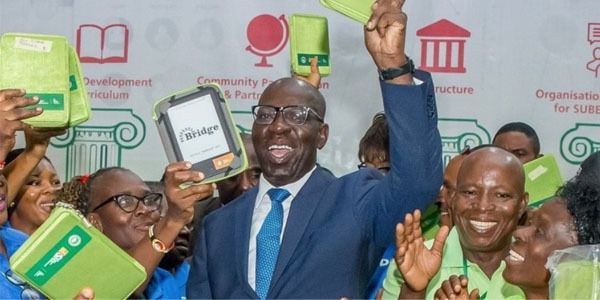 Headteachers are provided with monthly data to enable them to use the software in the smartphone to register all children and take attendance and manage teacher performance in each classroom every day.

Another 150 persons were also trained as Social Mobilization Officers to engage communities on why they should protect facilities in public schools in their domains.

Public primary schools in Edo State have witnessed a high influx of pupils from private schools across the 18 Local Government Areas of the state, due to the total transformation of the Basic Education Sector in the state.

EDOBEST is changing lives and pupils in public primary schools across the state are at the centre stage of this project.

For decades, Nigeria degenerated to a nation where the responsibility of collecting government levies from citizens is assigned to shady characters, touts or cronies of politicians.

In major cities in Nigeria, the collection of levies from commercial motorists is a multi-billion naira industry.

Assigning the responsibility of collecting levies from commercial motorists to touts and transport unions has succeeded in making billionaires out of these collectors.

On assumption of office, Governor Godwin Obaseki made a clear departure from that norm.

On January 1st, 2017, Obaseki outlawed the use of private revenue collectors in the state. The State Government then took over the responsibility of collecting levies from non-government agents.

They did this when they introduced the scratch card model of tax payment. This method is intended to be used in the informal and mobile sector particularly in the public transport sector.

This innovative levy collection method has sanitized the system. It has also saved commercial motorists from harassment from touts and agents of the road unions previously saddled with the responsibility of collecting the taxes.

Obaseki soon acknowledged that the revenue base of the state had risen with the new system. He noted that N500,000 is now being realized from nine points in Oredo local government. Previously, only N45,000 was remitted from these nine points. 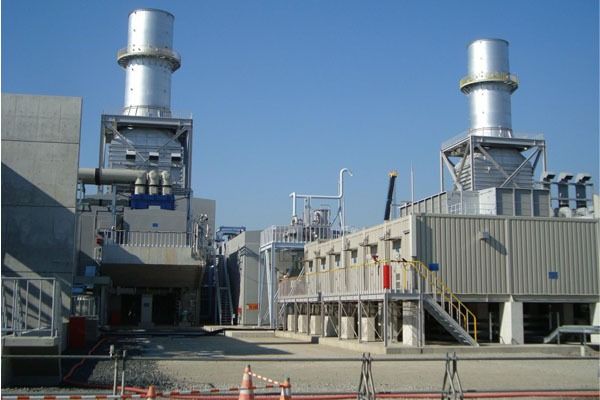 Edo State, with an estimated population of 4 million, gets about 88MW of electricity. This is far from meeting the rising electricity need for residential and commercial purposes.

The CCETC-Ossiomo power plant is intended to supply stable electricity to government buildings and public utilities, such as hospitals, offices, street lights, the Samuel Ogbemudia Stadium and other such public facilities.

It will also supply power to the Edo Production Center, an industrialisation program located along the Sapele road axis of Benin city, where Small and Medium Enterprises (SMEs) ply their trades.

The power plant is also intended to attract investments into the state, improve the sector for greater performance as well as create competition in the power supply industry.

The test run of the CCETC-Ossiomo Power Plant held on 20 July 2020.

The power project is set to be expanded to a 550MW capacity gas power plant to be constructed in three phases. 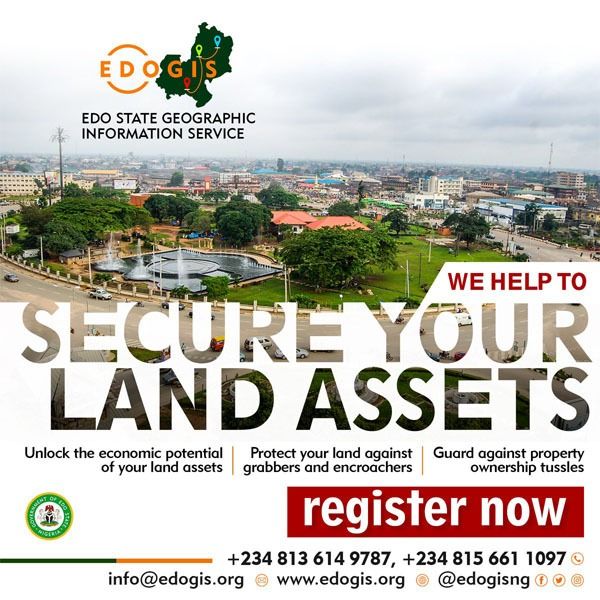 EDOGIS is the successor government agency to the erstwhile Ministry of Lands and Surveys (later known as Lands Bureau).

It is a computerized process that was set up to secure land assets of Edo State residents with the new “Digital Certificate of Occupancy”.

This system has helped in addressing the recurring inter-community conflicts over land sale and boundary disputes.

The system also reduced the cost of acquiring Certificate of Occupancy (C of O) from N300,00 to N50,000 and delivering certificates within 30 days.

According to the governor, EDOGIS would attract investors. This will happen if they discovered that the record time of acquiring land was easier and corruption-free.

The Edo Fertilizer and Chemical Company 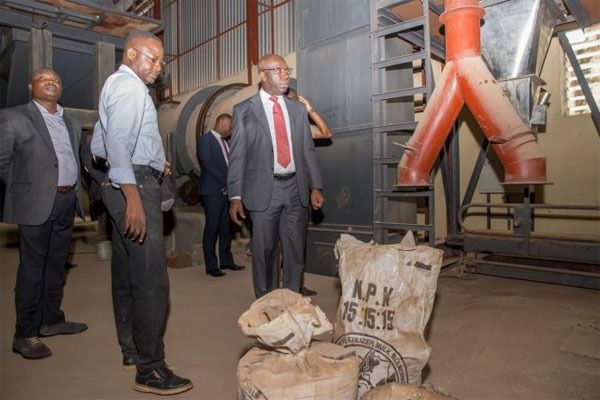 The Fertilizer plant was constructed 14 years ago but was never operated.

According to the Governor, the aim of revitalizing the plant is to make the state self-sufficient in food production and enable farmers get fertilizer at affordable prices.

The Fertilizer plant will also enhance the state’s socio-economic status and create an avenue for the youths to leverage on the expertise of major players in the Agriculture sector.

The plant can produce 60,000 metric tonnes of fertilizer in a year.

The facility would go a long way in providing fertilizer for neighbouring Kogi, Delta, Ondo and Anambra states. 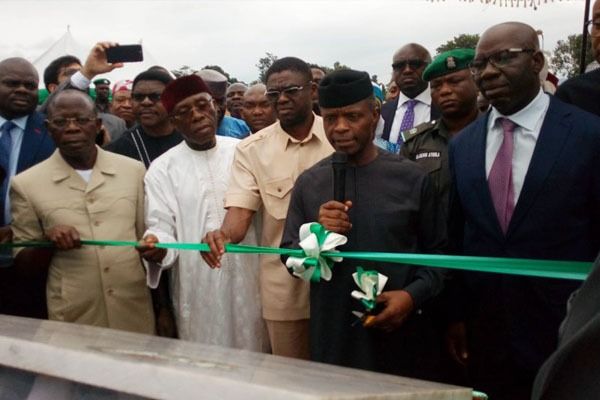 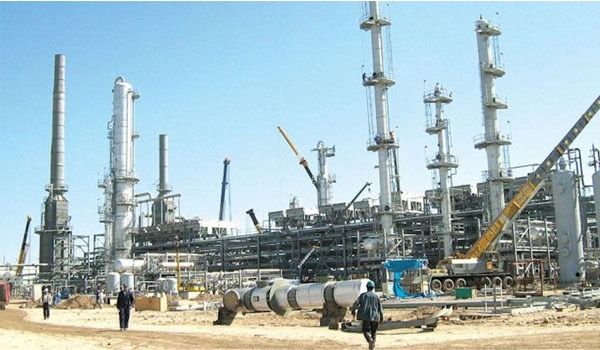 The Edo Modular and Refinery Company Limited is among the growing list of ongoing legacy projects by Obaseki.

The refinery is owned by AIPCC Energy Limited. The company is a joint venture between AFCOM and Peiyang Chemical Equipment Company of China (PCC).

It was established through an MoU that involved the Edo State Government, local and international private investors.

The Chinese consortium is made up of Peiyang Chemical Equipment Company of China (PCC), a world-leading modular refinery company; Sinopec International Petroleum Service Corporation (SIPS) which is a subsidiary of Sinopec, the top Chemical giant in the world and African Infrastructure Partners (AIP), a Nigerian Infrastructural company.

The refinery is expected to process 5500 barrels of crude oil per day.

When completed, the Edo Refinery and Petrochemicals will supply 20 percent of Nigeria’s diesel, save over $350 million in foreign exchange yearly, earn over $125 million from export of naptha and meet 100% of Nigeria’s LPFO demand.

The crude would be sourced from the Nigerian Petroleum Development Company’s (NPDC) facility – oil-mining lease (OML) 111, near Benin City.

The most remarkable feature of the MOU with the Edo State Government is the local content component of the deal. 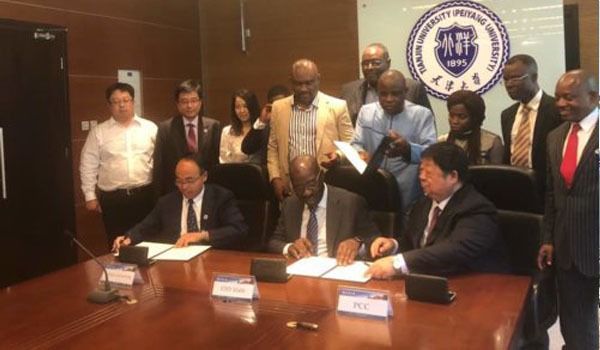 In the MoU, it is stated that Edo citizens must be trained in welding, refinery operation and fabrication works, etc. This is to enable them participate in the construction of the refinery as well as its operation, post-commissioning.

To get the project started, the Obaseki-led government approved the release of N700 million (seed investment). The fund is a redeemable preference shares in the refinery and Petrochemical Company Limited.

The venture is expected to create legitimate employment opportunities. This will reduce poverty, provide job opportunities for teeming youths in the communities. It will also facilitate the establishment of a fabrication yard as proposed by the promoters. This will go a long way in creating expertise, professionalism and further training in the oil and gas industry.

The refinery was built at the cost of $10.2 million. It is currently at 70% completion and is expected to begin operation in October 2020. 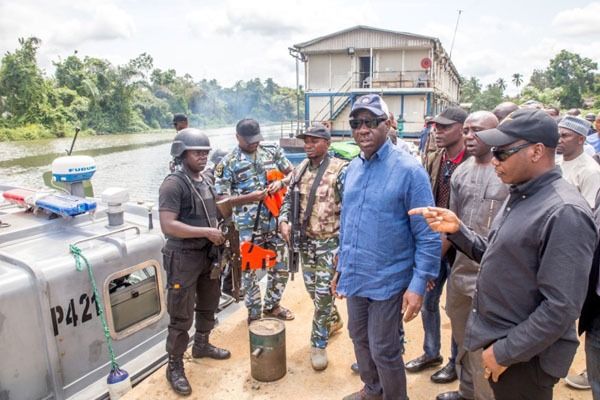 Part of the efforts to industrialize Edo State by the government of Godwin Obaseki is to build a seaport.

To achieve this, the state Government signed a Memoranda of Understanding (MoU) with a Chinese company. This was done for the development of Gelegele Seaport.

The MoU will see China Harbour Engineering Company, the biggest infrastructure company in China, lead the development of the seaport.

The seaport will serve as the gateway for exporting manufactured goods from the Benin Industrial Park (currently under construction) and other manufacturing companies in the region. The Gelegele Seaport will also open up Edo State to the international market.

According to Governor Obaseki, “the project will serve as an agro-export processing zone. It will be driven by the state government and the private sector”.

Work on the Gelegele Seaport is currently in progress. 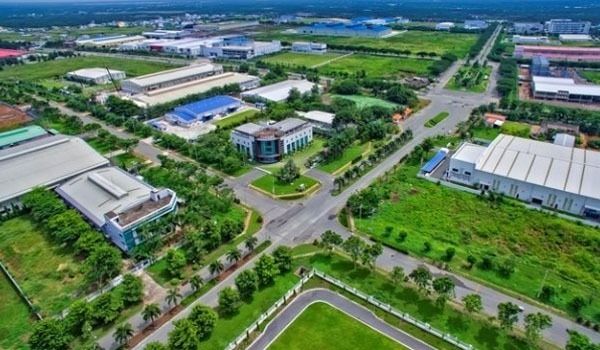 The lack of first class infrastructure and services is the biggest complaint that companies have about Nigeria.

To address this complaint, Governor Godwin Obaseki initiated the development of the Benin Enterprise Park.

The Benin Enterprise Park is an industrial hub. It is being developed to be easy to access, affordable and with uninterrupted supply of gas and electricity. This is so that companies in the area can operate efficiently and predictably. The industrial center is a 997-hectare area of land.

Obaseki said his administration was focused on building conducive business environment. This is being done to scale up investment and create more job opportunities in the state. 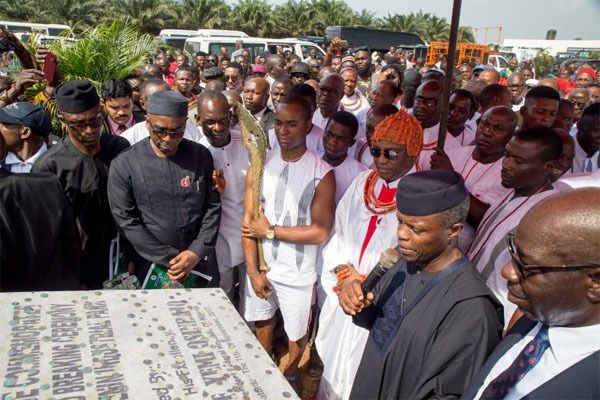 On July, 2019, an investor, Anchor Tenant, committed about 250 million dollars to the development of Benin Enterprise and Industrial Park project.