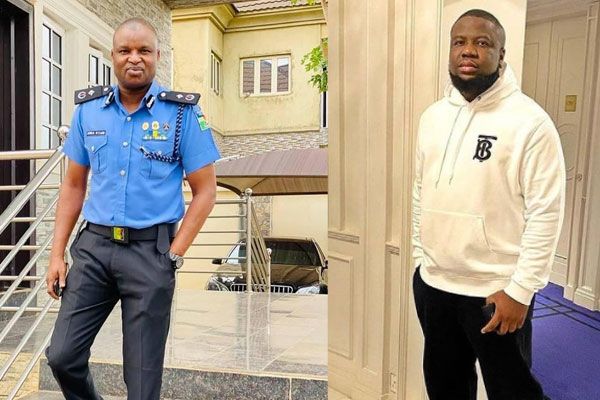 History has an uncanny ability to recycle itself. For example, a parallel is being drawn between the plight of the beleaguered Abba Kyari in the Ramo “Hushpuppi” Abba saga and that of George Iyamu.

Deputy Commissioner of Police Abba Kyari, like Iyamu, has been charged with aiding and abetting a felon.

DSP George Iyamu was a disreputable police officer who worked for Lawrence Anini in the 1980s.

Lawrence Anini, also known as ‘The Law’ or ‘Ovbigbo,’ was Nigeria’s most notorious armed robber.

He was active in Bendel State, which is now Edo and Delta States. Benin City was his main base of operations.

He was the personification of fear. He instilled fear and sorrow in everyone he came into contact with.

Anini began her career as a professional taxi driver. He soon abandoned the motor-parks that he had dominated and began driving criminal gangs throughout the city.

He later formed his own gang. Monday Osunbor (his deputy), Friday Ofege, Solomon Osemwemkhai, Henry Ekponwan, Johnbull Ahunwan, Moses Idahosa, Philip Iwebelua, Eweka, Benard Obi, and Friday Ukponwan were all members of the gang, as was Alhaji ZZ or Zegezege, who was never apprehended. They specialized in carjacking, bus robbery, fuel station robbery, and bank robbery.

Benin City and its surrounding towns had no peace since that formation. 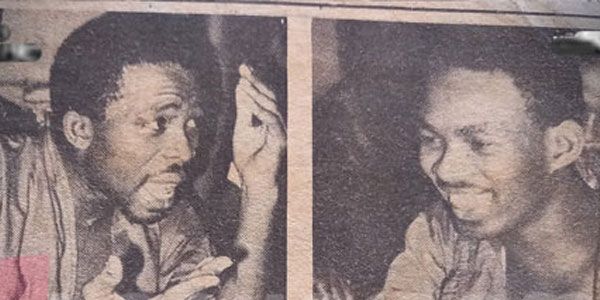 Anini became a terrifying nightmare for both ordinary citizens and law enforcement officers.

His reign of terror reached its apex between August and December 1986. During that time, he had murdered over ten police officers in cold blood.

Anini and his gang raided First Bank in Sabongida-Ora in August 1986. They got away with N2,000 during the heist. He was said to have been so enraged at receiving such meager loot that he shot everyone on sight. Several people, including police officers, were killed that day.

On September 6, 1986, Anini and his gang robbed a Peugeot 504 car that had Albert Otoe, the driver of Assistant Inspector General of Police Christopher Omeben.

During the operation, the driver was killed. Three months later, his decomposed body was discovered 16 kilometers away from Benin, along the Benin-Agbor highway. 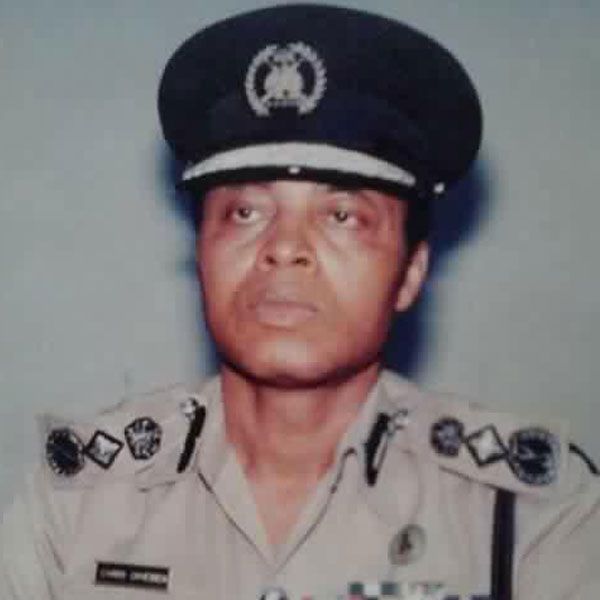 The next day, Anini stole another Peugeot 504 while driving a stolen Volkswagen Passat. This occurred near the office of FEDECO (Nigeria’s former electoral institution) in Benin.

On October 1, 1986, the notorious gang went after the state Commissioner of Police, Mr. Casmir Agbakosu. They ambushed him within Benin and sprayed bullets into his car. The commissioner was seriously injured, but he made it out alive.

Lawrence Anini was also well-known for his portrayal of Robin Hood.

For example, on October 21, 1986, after robbing and killing a medical doctor, Dr. A.O Emojeve, on Benin’s Textile Mill Road, Anini and his gang stormed the African Continental Bank’s Agbor branch (ACB). They got away with N46,000, which was a large sum of money at the time.

Later, they drove to a nearby village’s market. They threw bundles of crisp banknotes into the air from their cars. The crowd mostly made up of market men and women, rushed over each other to grab as much cash as their hands could hold. This kind of display elevated Anini and his henchmen to the status of folk heroes.

Even the military President at the time, General Ibrahim Babangida, became concerned about Anini’s transformation into a national terrorist.

In October 1986, at the conclusion of an Armed Forces Ruling Council meeting, General Babangida turned to the Inspector-General of Police, Etim Inyang, and asked, ‘My friend, where is Anini?’

This inquiry from the commander-in-chief ruffled the IGP. He didn’t have a reasonable response. 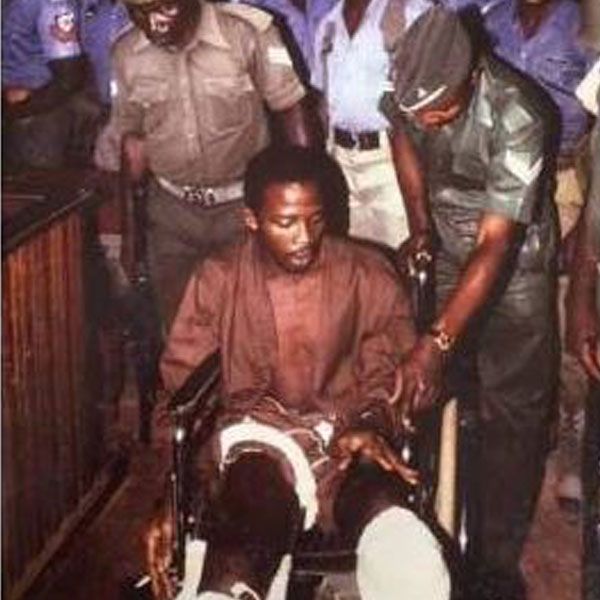 Due to amputation of his leg, Anini was confined to a wheelchair throughout his trial. He was sentenced to death by Justice James Omo-Agege and executed on March 29, 1987.

Anini met his waterloo on December 3, 1986. He was apprehended at No. 26, Oyemwosa Street, Benin City, opposite Iguodala Primary School.

He was apprehended in the company of six women. A 10-man crack team of police officers (MOPOL 5) led by Superintendent of Police Kayode Uanreroro apprehended the nation’s most wanted criminal. He was shot in the leg while attempting to flee.

Anini, like the currently embattled Hushpuppi, made scandalous revelations about how he was aided by some police officers while in police custody. CSP George Iyamu was heavily involved.

George Iyamu was known as a tough cop who terrorized underworld figures. He also lived a prosperous life. The Deputy Superintendent of Police was the owner of several lavish homes, exotic cars, and other valuables. In general, he lived beyond his means.

With Anini’s arrest, it became clear how Iyamu shielded and protected Anini and his boys, leaked police secrets to them, and provided logistical support, including firearms for their operations, among other things. 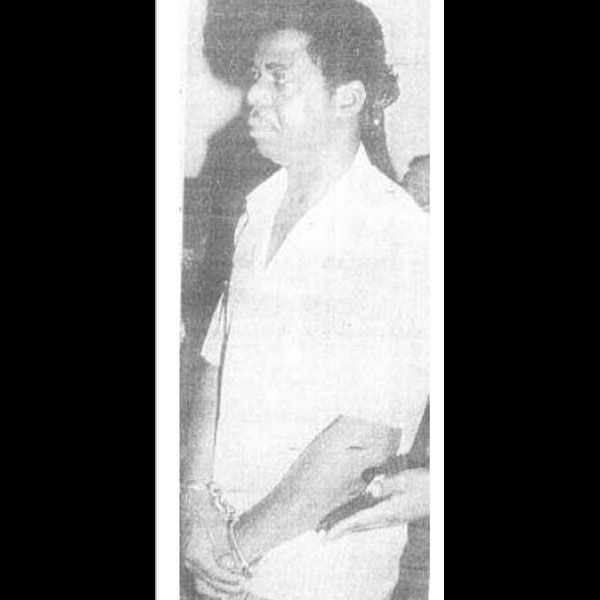 George Iyamu, during the trial

Ten police officers, including DSP George Iyamu, and Anini and his gang were tried in the High Court of Justice in Benin City by the first Benin Robbery and Firearms Tribunal.

In February 1987, Justice James Omo-Agege sentenced five police officers, including Iyamu, as well as Anini and his boys, to death.

On March 29, 1987, DSP George Iyamu, along with Anini and his gang, were executed by firing squad.

In the Hushpupi-Abba Kyari episode, Nigerians are exposed to another iniquitous relationship between a notorious lawbreaker and a highly decorated member of the Nigerian police force 34 years later. 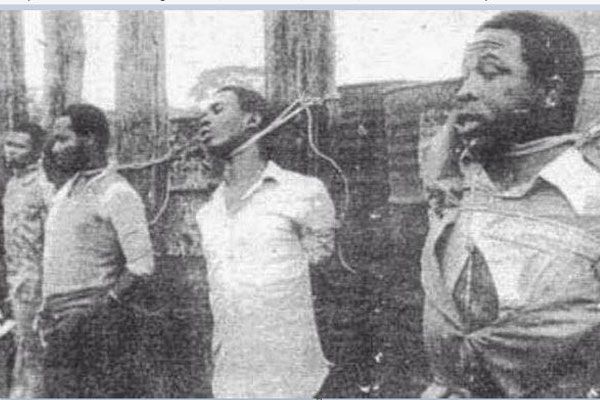 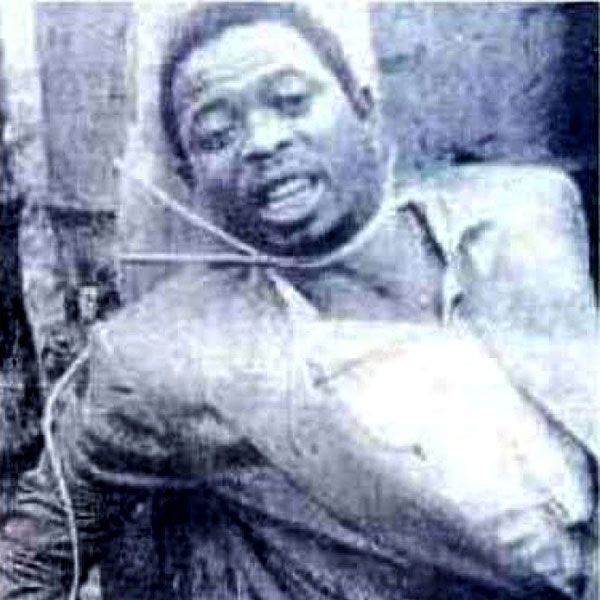 Lawrence Anini at the stake before he was executed 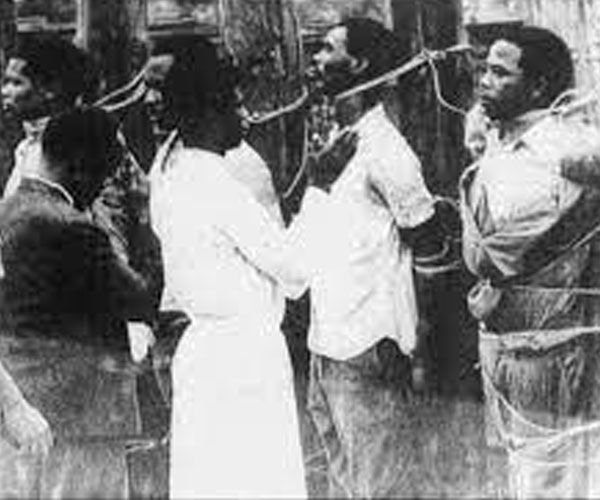 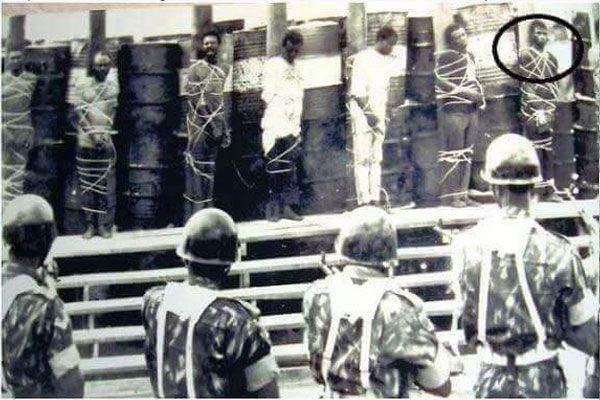 40 Top Rappers Who Have Gone To Jail