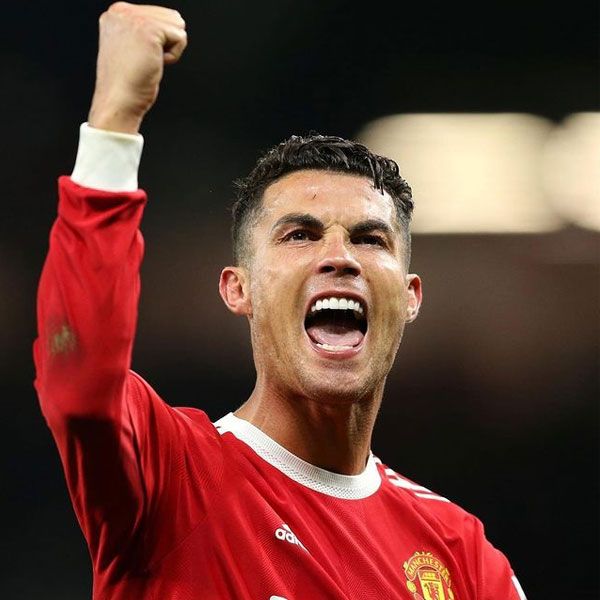 Ronaldo announced the news on social media in a post jointly signed by him and his partner.

“It is with the deepest sadness that we have to announce that our baby boy has passed away,” Ronaldo’s statement read. “It’s the greatest pain any parents can feel.

“Only the birth of our baby girl gives us the strength to live this moment with some hope and happiness. We would like to thank the doctors and nurses for all the care and support.

“We are all devastated at this loss and we kindly ask for privacy at this very difficult time. Our boy, you are our angel. We will always love you.” 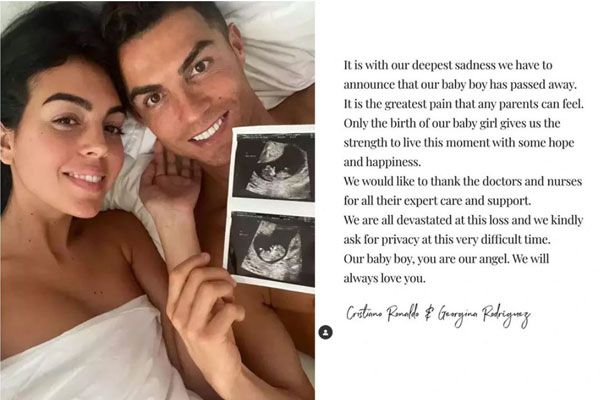 Gary Lineker was one of many to pay his respects to the couple on social media. He tweeted: “Terribly sad news. Sincere condolences to you and your family.” Many of Ronaldo’s team-mates showed their support for him on Instagram and Twitter, posting heart emojis in response to the statement.

Manchester United said: “Your pain is our pain. Sending love and strength to you and the family at this time, @Cristiano.”

Rodriguez and Ronaldo allegedly met while she was working as a shop assistant at a Gucci store in Madrid. They were photographed together by paparazzi in late 2016 and have been dating since then. In 2017, Rodriguez gave birth to Alana Martina, the couple’s first child together. 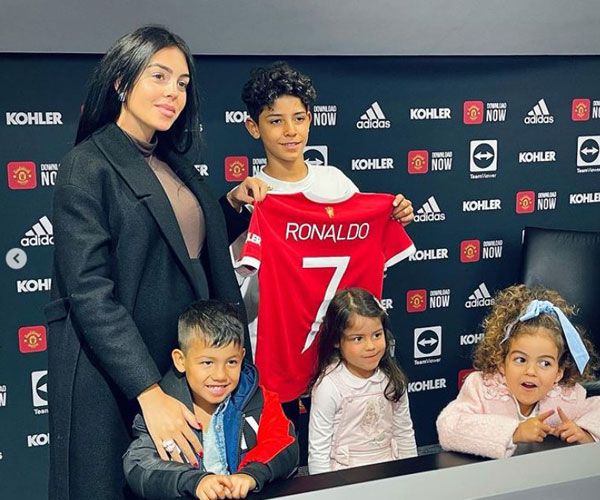