NTA News Anchors Of The 80s & 90s: Where Are These Women Now?
Advertisement

The Nigerian Television Authority (NTA) is a government-owned and partly commercial broadcaster in Nigeria. NTA News

NTA had a league of women who made broadcasting glamorous in the 1980s and early-to-mid 1990s.

These ladies with brains and beauty were mostly news anchors for the station’s flagship news program, NTA network news at 9 p.m.

These ladies increased male viewership of the particular news program.

The news platform also made these women the target of men, particularly the powerful, for marriage and other forms of romance. Most importantly, the platform provided a platform for most of the ladies to achieve greater success.

Many people wonder what happened to them decades after they left NTA.

Below, we highlight the women and what they have been up to since they left the employment of NTA. 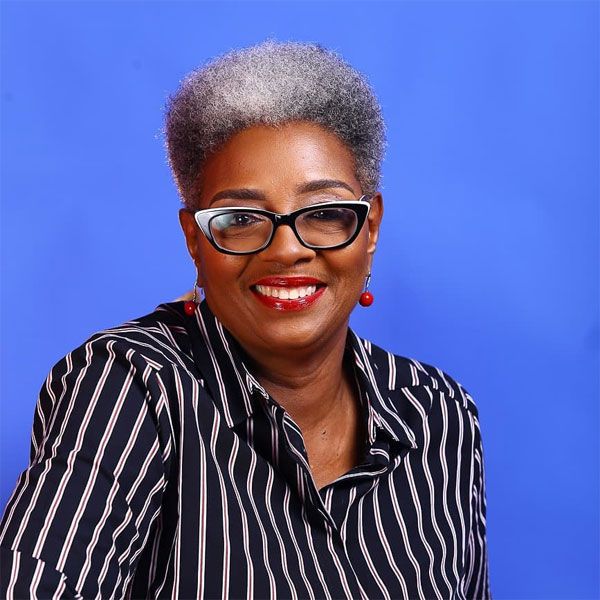 Bimbo Oloyede (Nee Roberts) was nominated as a newscaster for the NTA 9 p.m. Network News when NBC was reorganized into the Nigerian Television Authority.

The veteran broadcaster, drama and theatre artist left NTA in 1980 to co-found a media company with her husband.

Oloyede later worked for Channels TV. She was the anchor of Channels TV’s News at 10 at the time, a position she has since retired from.

She is the current president of WODEF (Women Optimum Development Foundation), which she founded in January 1999. 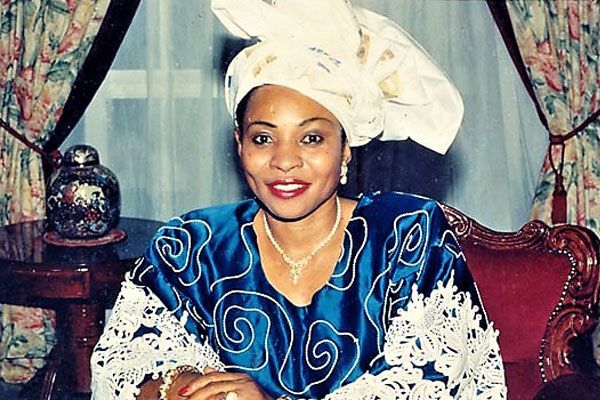 On May 1, 1973, Allwell-Brown began her career as a radio presenter at the Nigerian Broadcasting Corporation (NBC) in Ikoyi, Lagos. She later became a presenter and news anchor for NTA.

The Rivers State native was praised for her impeccable diction, fashion sense, and style. She was the newsreader who announced the deaths of both Obafemi Awolowo and Nnamdi Azikiwe.

Allwell-Brown, a lawyer, was previously married to Razaq Lawal and then to Nim Tariah. 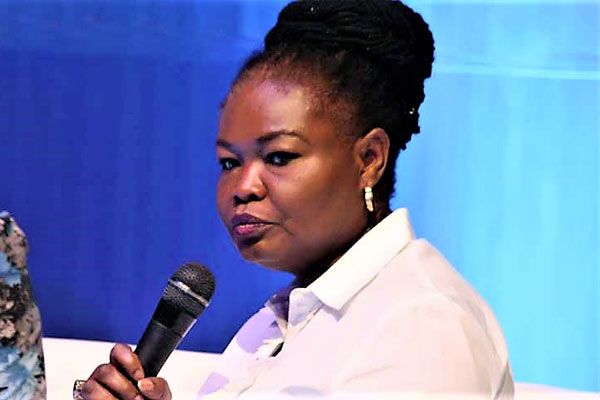 Another NTA news legend is the charismatic Ruth Benamaisia-Opia.

When she anchored the news program, she endeared herself to millions of Nigerian TV viewers with her delightful delivery.

The dreadlocked broadcaster later left NTA to pursue a political career as the Bayelsa State Commissioner for Information and Culture.

She later became the Community Relations Manager at Brass LNG.

Ruth Benamaisia-Opia is married to Professor Eric Opia, a former chairman of OMPADEC. 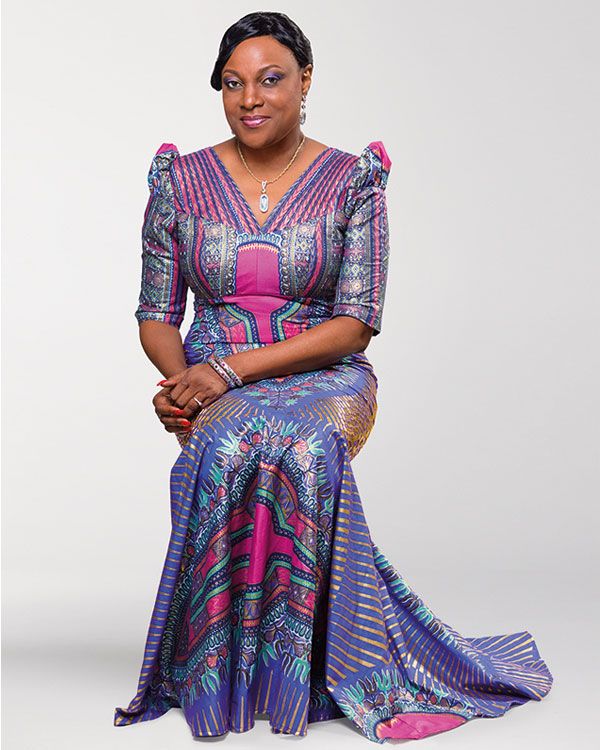 For seventeen years, NTA’s 9 p.m. news was hosted by the beautiful and intelligent Eugenia Abu.

The graduate of Ahmadu Bello University, Zaria, is also a writer and poet. In 2008, her book In the Blink of an Eye received the ANA/NDDC Flora Nwapa Prize for best female writing. She is also the author of the poetry collection Don’t look at me like that.

Eugenia Abu founded the Eugenia Abu Media Center in 2018, which serves as a reading and mentoring hub for young Nigerian creatives. 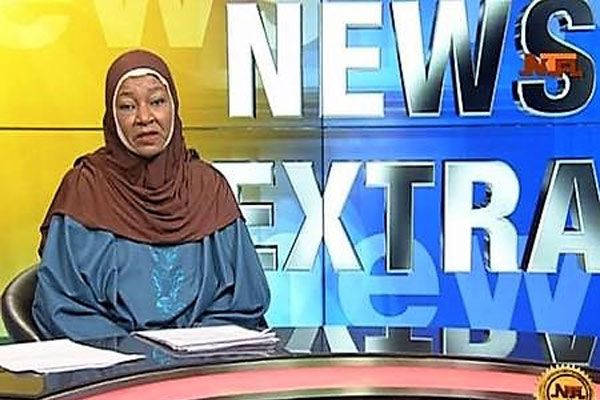 Hauwa Baba-Ahmed was another favourite of late-eighties and early-nineties TV watchers.

She was well-known for her conservative dress, particularly with the hijab.

Aside from the fact that she is now known as Hauwa Shuaibu Galma, little is known about her after her NTA days. 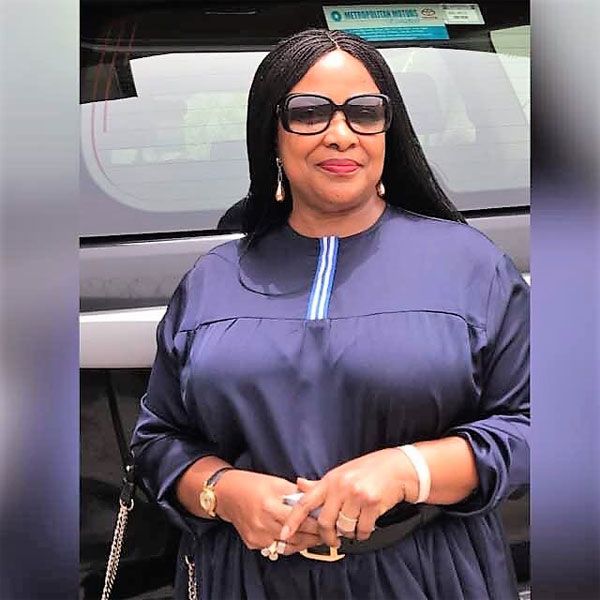 Another NTA news veteran is Ronke Ayuba (nee Darley). She was well-known for her clear news delivery and impressive diction.

She worked as a continuity announcer, newscaster, and presenter at WNTV/WNBS in Ibadan, Oyo State, before moving on to NTA Ibadan.

Abubakar Tanko Ayuba, a retired army general and former military governor of Kaduna State, married Ronke. This elevated her to the position of First Lady of Kaduna State.

The mother of three owns Marra, a fabric shop in Lagos’ Tafawa Balewa Square in Lagos. 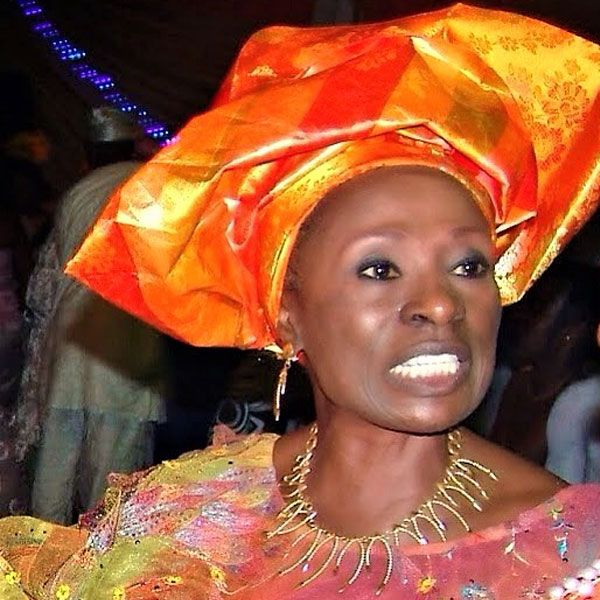 Lola Alakija was another recognizable face on Nigerian television in the 1980s and early 1990s.

She is best known for announcing the late General Sani Abacha’s takeover of the Interim National Government led by Chief Ernest Shonekan.

Chief Lai Ogunbambi, the Odofin of Lagos and a former Federal Capital Permanent Secretary, was once married to Alakija.

She is believed to have relocated from Nigeria after her time with NTA and then returned.

Lola is the younger sister of Modupe Alakija, the husband of Folorunso Alakija, Nigeria’s wealthiest woman. 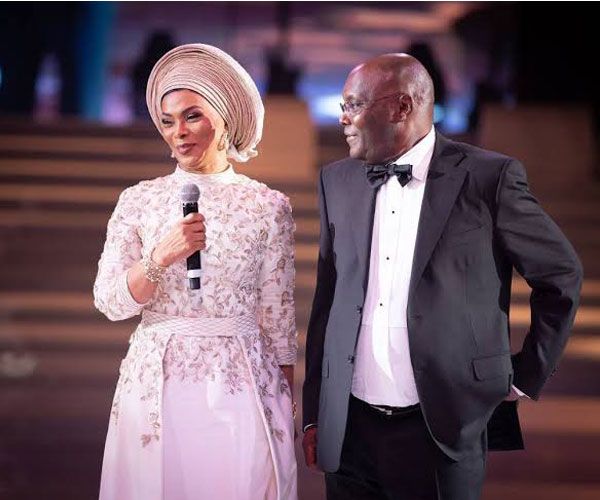 In the 1980s, Jamila Atiku-Abubakar worked as a reporter for NTA.

Jennifer Iwenjiora, the pretty Onitsha-born broadcaster, was known as Jennifer Iwenjiora during her time with NTA. Later, she converted to Islam and changed her name to Jamila. This was following her marriage to Atiku Abubakar, Nigeria’s former Vice President.

The former journalist is now the founder, president, and CEO of the GEDE Foundation, a non-profit organization with a Nigerian office in Abuja. 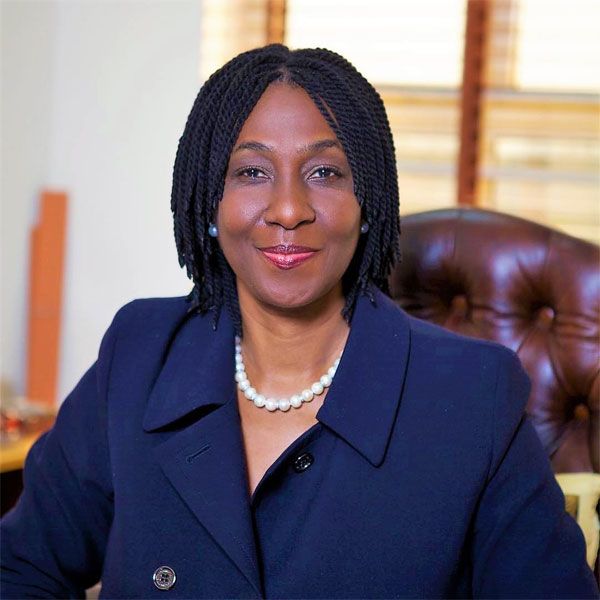 Sola Momoh worked for the Nigerian Television Authority as a broadcaster (NTA). She met her husband, John Momoh, another former NTA broadcaster who later founded Channels TV, there.

Sola Momoh worked for NTA as a reporter, news anchor, and producer between 1979 and 1987. She also worked in the Corporate Affairs, Treasury, and Credit departments of the International Merchant Bank IMB Nigeria. 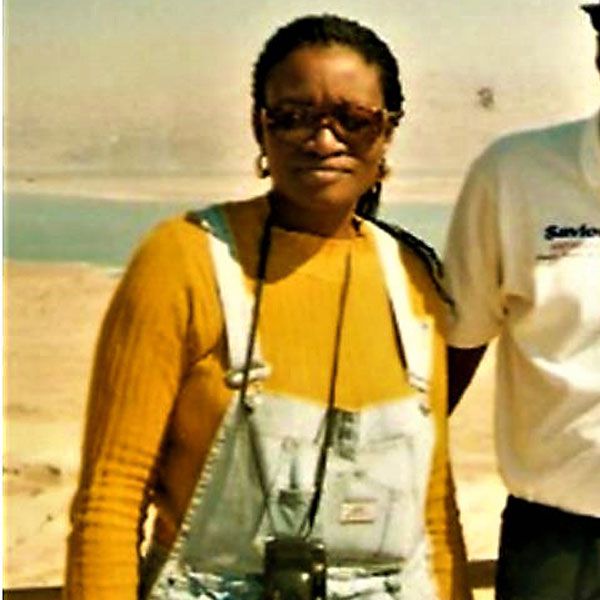 Another viewer’s delight on NTA Network news at 9 p.m. in the early 1990s was the amiable broadcaster Tokunbo Ajayi.

She read the news with a brisk gait and an unusual tomboyish simplicity.

All of this contributed to her popularity among millions of viewers.

On August 18, 2000, the University of Lagos graduate of Mass Communication died in London, England. She was 37 years old. 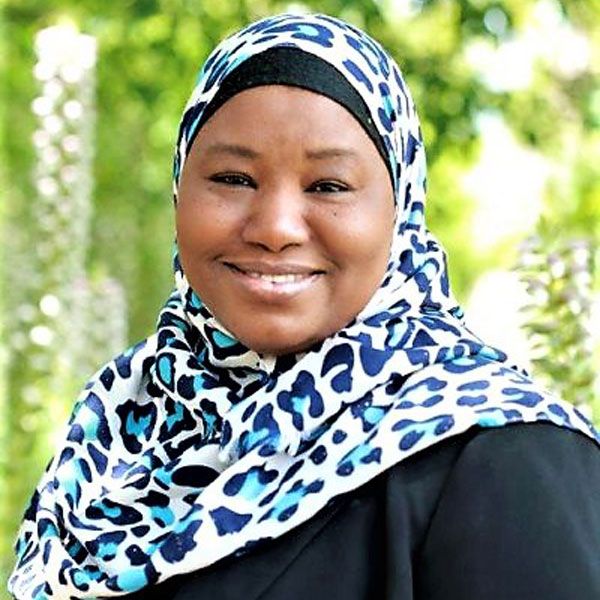 In the early 1990s, Fatima Abbas Hassan was a regular on the NTA network news at 9 p.m.

The Bachelor of Arts degree holder in English worked for the Nigerian Television Authority (NTA) in Bauchi in 1989. She began her broadcasting career as a Continuity Announcer, progressing through the ranks to Presentation Officer, Principal Presentation Officer, Assistant Manager, and finally News and Current Affairs Manager. She was later assigned to NTA’s headquarters.

She is currently the Manager of News and Current Affairs at NTA Channel 5 Abuja, supervising and coordinating all activities of the station’s News Department. 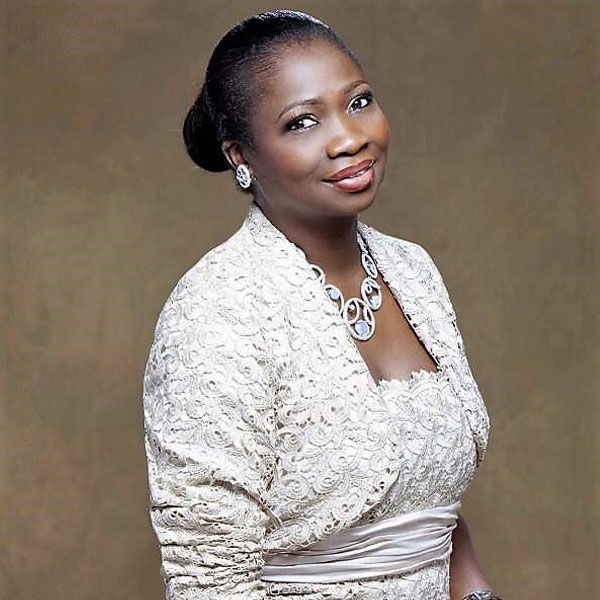 Abike Dabiri-Erewa was a joy to watch as a reporter and as the anchor of the hugely popular Newsline on Sundays.

Dabiri began her journalism career with Bendel State Television (in what is now Edo/Delta State), from which she moved on to NTA 7 and, later, the NTA network, where her career took off.

On some editions of Newsline, she is best known for her handling of the case of Mary Obikoya, the miracle baby.

Dabiri, 58, later served in the Federal House of Representatives as a member of the Ikorodu Constituency in Lagos. She chaired the House Committee on Media and Publicity.

The Obafemi Awolowo University alumna was also a former Chairperson of the House Committee on Diaspora Affairs, having been elected in 2003 and re-elected in 2007 and 2011.

She was appointed as President Muhammadu Buhari’s Senior Special Assistant on Foreign Affairs and Diaspora in 2015. Dabiri-Erewa was appointed Chairman/CEO of the Nigerians in Diaspora Commission in November 2018. 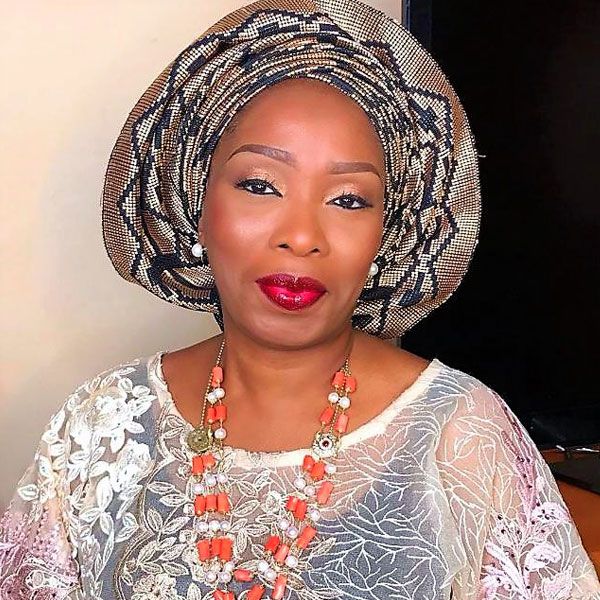 When Modele Sarafa-Yusuf began anchoring the NTA’s flagship sports program, many people were left in amazement. As a result, she became Africa’s first female sportscaster.

Modele worked for NTA for 16 years and was a columnist for magazines, a guest writer for newspapers, a scriptwriter for television shows, and a producer of documentaries and programs for radio and television in fields as diverse as business, culinary, current affairs, crime, and education.

Sarafa-Yusuf joined Globacom in 2003 as the company’s Marketing Communications/Sponsorship Manager.

Modele was the Director of Marketing at the prestigious American University of Nigeria from 2012 to 2013.

Prince Dapo Abiodun, the governor of Ogun State, appointed the veteran broadcaster as his Special Adviser on Information in July 2019.

Modele Sarafa-Yusuf currently produces and hosts the TV interview show “View From the Top.” She also works as an Independent Communications Consultant for a variety of organizations.

6 Nigerian Entertainers Who Have Medical Degrees

Don’t Invite This Man To Your Party, He Will Steal The Attention From You!