Fact Check: Does Custom & Tradition Prevent The Oba Of Benin From Traveling Outside His Kingdom?
Advertisement 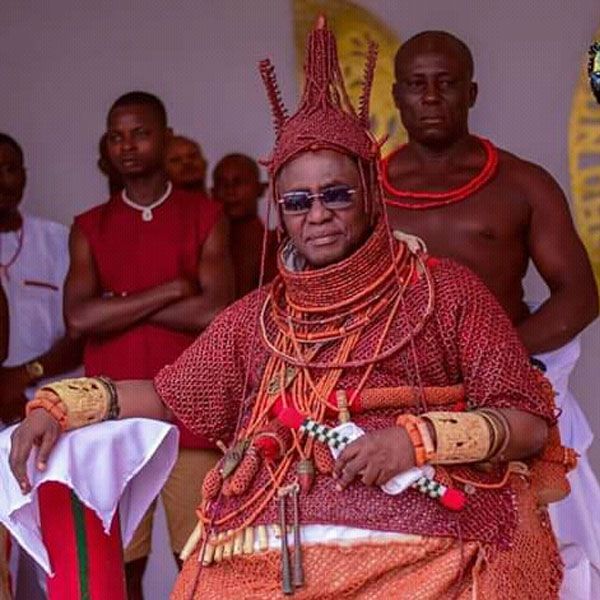 There are always serious arguments, especially on the internet, each time the revered monarch, the Oba of Benin, ventures out of his kingdom.

The cause célèbre is frequently based on an idea that the Benin monarch does not travel outside his domain.

According to some narratives, by traveling outside Benin, the supreme monarch of the Benin kingdom has broken some long-standing traditions prohibiting him from leaving his kingdom.

So, does the Oba of Benin breach any tradition by journeying outside of his Kingdom? 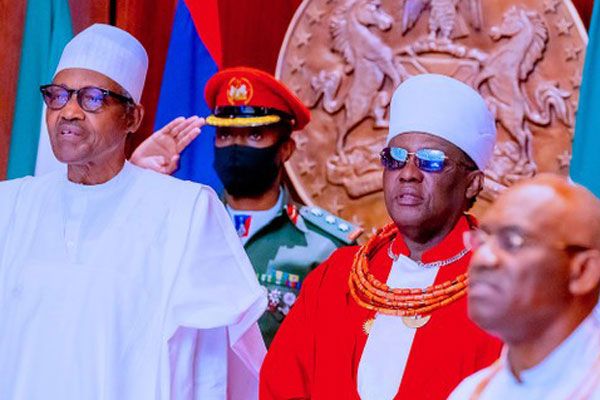 Contrary to the narative, history indicates that the Oba of Benin do travel outside of the Benin Kingdom.

Almost a century of documented history confirms that the Obas of one of the world’s most illustrious cultures sojourned outside their kingdom.

In 1979, Oba Erediuwa visited Ife to see Oba Adesoji Aderemi at his palace.

On 30 April 2004, the late Oba Erediauwa I, was at the Muson Centre, Onikan, Lagos to launch the controversial book, “I Remain, Sir, Your Obedient Servant” – a book he authored. 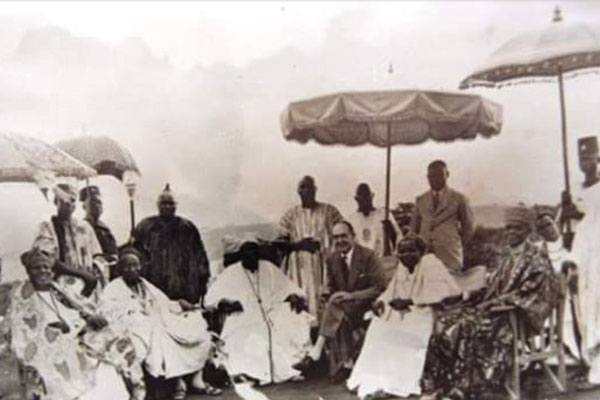 1937, in the first meeting of the Yoruba Council of Obas in the ancient city of Oyo at the palace of the Alaafin of Oyo: L-R: Oba Daniel Adesanya, Awujale of ijebu-Ode, Oba Ladigbolu 1, Alaafin of Oyo, Oba Adesoji Aderemi, Ooni of Ife, Sir BH Bourdillion, Governor of Nigeria, Oba Akenzua 1, Oba of Benin, Oba Ladapo Ademola, Alake of Abeokuta.

So, where did all of this entirely erroneous idea come from?

It all started when a famous Benin music artiste, Osayomore Joseph, popularized the phrase “Oba no dey go transfer” in his early 1980s song “Ororo no dey fade.”

The literary translation of “Oba no dey go transfer,” is that, unlike civil servants or employees in any agency, the Oba cannot be redeployed to a different area of work – or in this example, to a different Kingdom.

“Oba no dey go transfer” is a well-known Edo aphorism that has been widely misinterpreted.

The precise meaning of this saying has been misunderstood to suggest that the Oba of Benin does not leave his kingdom. 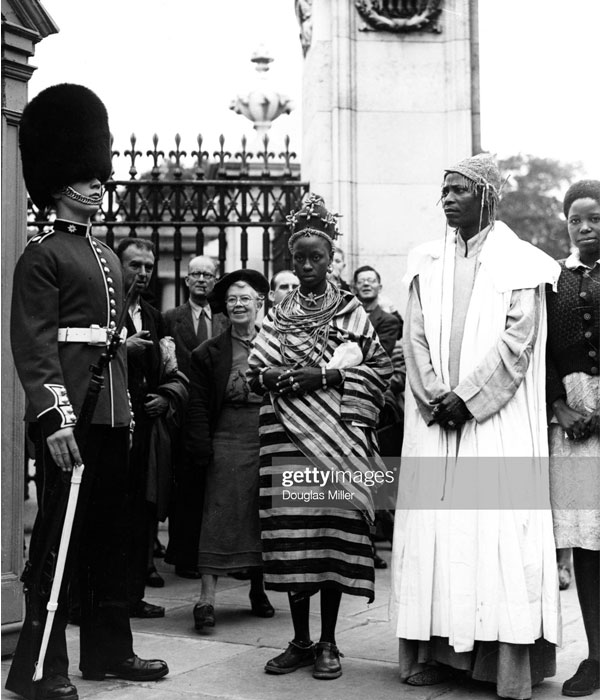 Akenzua II, Oba of Benin, and one of his wives, Queen Oham Akenzua standing beside a Royal Guard at Buckingham Palace, London, 12 August 1950.

No known or documented custom prevents the Oba of Benin from traveling outside of his kingdom.

The Benin monarch can travel anywhere he wishes; however, they rarey exercise this liberty.

When the Oba travels, he travels with an entourage of at least 200 people.

They include royal courtiers, a group of cultural dancers, bodyguards, and palace chiefs. Along with the palace drummers, the entourage included dance and theater troupes. 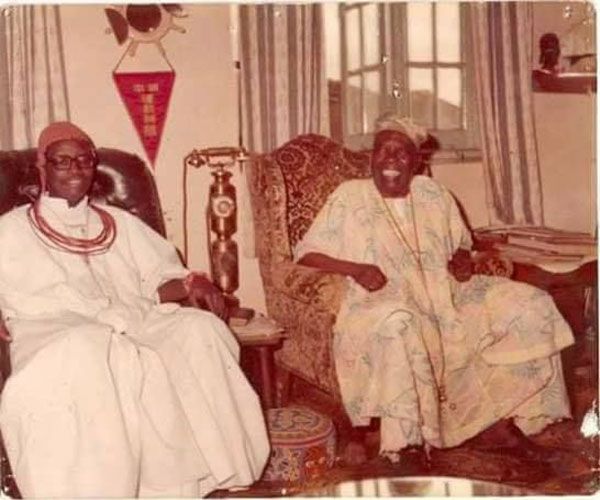 In 1979, the Oba of Benin, Omo N’Oba N’Edo Uku Akpolokpolo, Erediauwa 1, visited the Ooni of Ile-Ife, Adesoji Tadeniawo Aderemi at his palace, on his ascension to the throne of Benin.