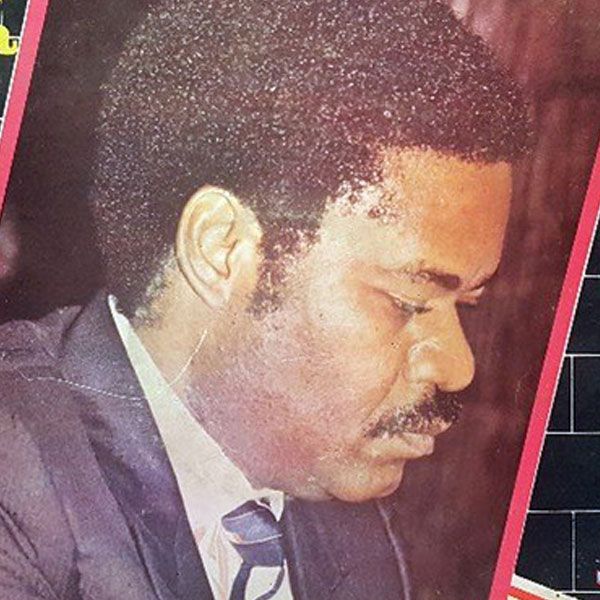 A guard at the gate received the parcel, which he handed over to the 17-year-old Billy- Giwa’s son, who then delivered it to his father in his study.

When Giwa received the package from his son, he was with Kayode Soyinka, the London Bureau Chief of Newswatch Magazine.

The package exploded on Giwa’s lap, gravely wounding him and temporarily deafening Soyinka, who had excused himself to the restroom shortly before Giwa attempted to open the package. 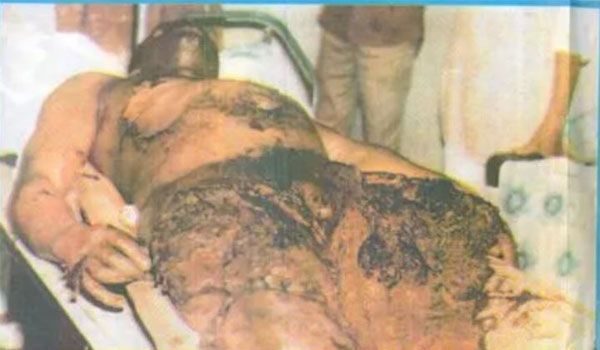 The severely disfigured remains of Dele Giwa after the explosion

Giwa was transported to the hospital where he eventually died from the wounds. He was 39-years old at the time of his death.

The late Dele Giwa was one of the founders, and publisher the Newswatch magazine. He established the magazine in 1984, together with Ray Ekpu, Dan Agbese and Yakubu Mohammed. The first edition was distributed on 28 January 1985.

Newswatch Magazine has the distinction of introducing daring investigative journalism in magazine publishing. Their boldness in reportage made it a fascinating friend of the public but a thorn in the flesh of the military administrations in power at the time. 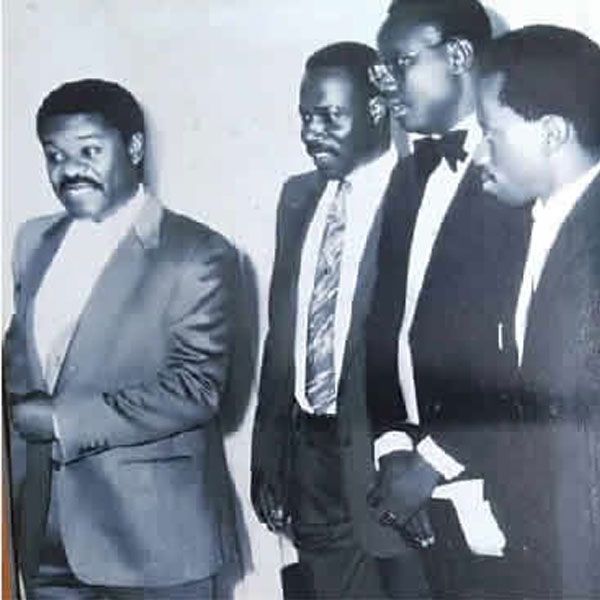 Dele Giwa (Left) with the other founding partners of Newswatch Magazine

Dele Giwa and the DMI

A day before the bombing, a staff of the Directorate of Military Intelligence (DMI) had phoned Giwa’s house and asked for his office phone number from his wife, Funmi.

This same person from the DMI later called back to say he could not reach Giwa at the office and then put Colonel Halilu Akilu, the Director of the DMI, on the line. Akilu then asked Giwa’s wife for driving directions to the house.

When she asked him why he needed the directions, he explained that he wanted to stop by the house on his way to Kano and he wasn’t very familiar with Ikeja.

He also hinted that the President’s ADC had something for Giwa, probably an invitation.

According to Ray Ekpu, this did not come as a surprise because Giwa had received advance copies of some of the President’s speeches in the past through Akilu. 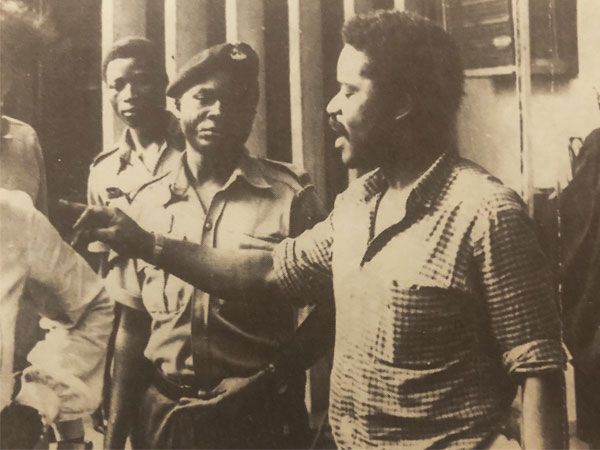 On the morning of October 19, Giwa phoned Akilu to ask why he had been calling his house the previous day.

Akilu was reported to have explained that he only wanted to tell Giwa that the matter had been resolved.

According to the account, Giwa replied Akilu and told him that the issue wasn’t over and that he had already informed his lawyer, Chief Gani Fawehinmi to follow up on the matter.

Akilu then told Giwa that there was no need for that, that it was not a matter for lawyers, and that he should consider the matter resolved.

About 40 minutes after the telephone conversation with Akilu, Giwa received the package that terminated his life. 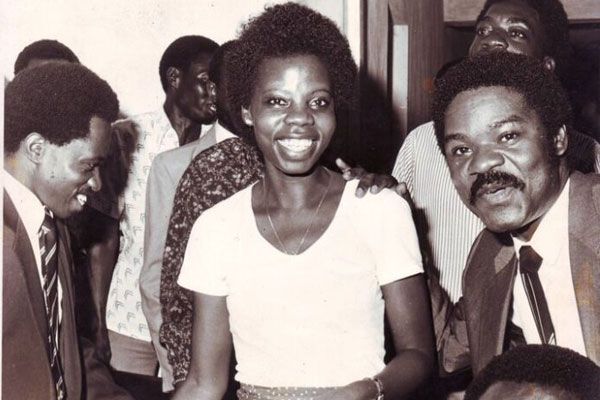 On October 20, the day after the letter bomb explosion, the government convened a press conference. The meeting was presided over by the then Vice President, Augustus Aikhomu.

Before the press conference started, all press photographers, foreign journalists, and Nigerians that worked for foreign news media were ordered out. Those who remained behind were instructed that the briefing was “off the record,” and that Aikhomu would not answer any questions.

Aikhomu then went on to ask Ismaila Gwarzo, the Director of the SSS, and Haliru Akilu to render their accounts of what had transpired between Dele Giwa and their agencies in the recent past.

Gwarzo confirmed that the SSS had invited Giwa for questioning over allegations of gun-running.

Akilu on his part confirmed that he had called Giwa’s home on October 18 to ask for directions to the house so he could stop over to see Giwa while on his way to Kano through Ikeja airport.

Akilu also said that he had wanted to visit Giwa at home to “prove a Hausa adage that if you visit someone in his house, you show him you are really a friend.”

However, public sentiments implied a belief that the SSS had been responsible.

After the investigation into the murder of Dele Giwa stalled, various conspiracy theories arose. Most of them alluded that the government had a hand in the assassination of the journalist.

One of the most popular and still the most enduring conspiracy theories has been the Gloria Okon connection.

Gloria Okon was a lady who was arrested on 22nd of April 1985 at the Aminu Kano International airport on allegations of drug smuggling.

Soon after, she mysteriously died in custody. The government subsequently constituted a commission of inquiry to investigate the matter. 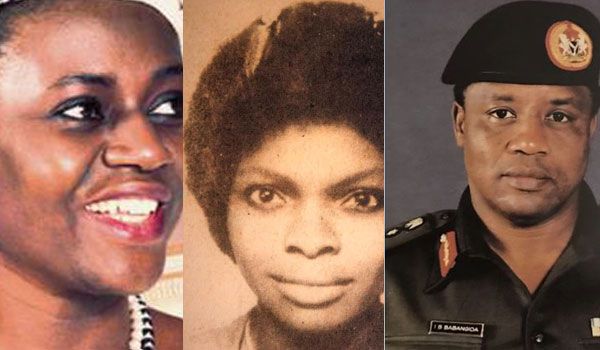 However, rumours had it that Gloria Okon was a drug mule working for the wife of General Ibrahim Babangida who was then the Minister of Defence in the regime of General Muhammadu Buhari.

It was alleged that during interrogation Okon had claimed that she worked for highly placed Nigerians, in particular Babangida’s wife.

Another theory goes that Babangida spirited the actual culprit (Chinyere Chandler) a close friend of Mariam Babaginda out of detention to the United Kingdom, and sold the public the ruse of a dead Gloria Okon.

The story goes on to say that Dele Giwa later found out that Chinyere Chandler was in London having delivered a baby. He then dispatched a French photographer to the place and they saw Maryam Babangida at the naming ceremony.

According to the theory, Kayode Soyinka returned to Nigeria with the photographs. The letter bomb was said to have arrived and exploded as he was delivering the photographs to Giwa at his home.

Some colleagues of Dele Giwa  at Newswatch would later debunk the Dele Giwa-Gloria Okon and Mariam Babangida connection.

In an interview conducted to mark Newswatch Magazine’s 25th anniversary, one of the founding partners of the organization, Yakubu Mohammed explained that the Gloria Okon link to Giwa’s death was a figment of someone’s creative imagination. 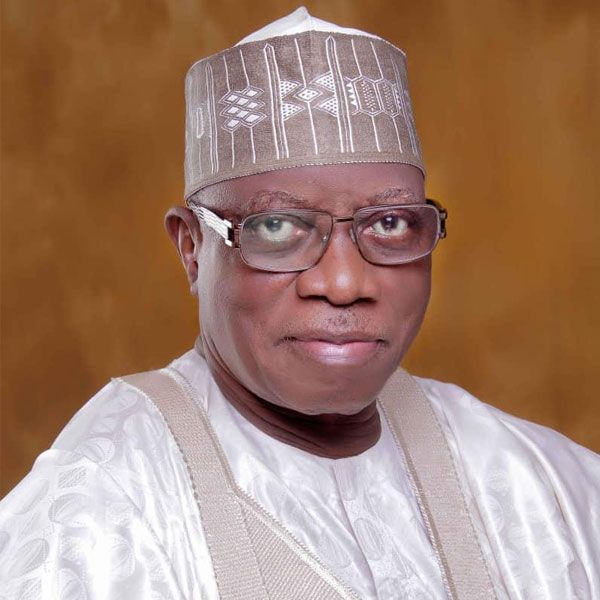 Mohammed claims that Dele Giwa had not been writing any Gloria Okon story. According to him, the closest Newswatch got to a Gloria Okon story was at one of the magazine’s editorial conferences where a Newswatch reporter, Bose Lasaki, spoke about a “rumour” making the rounds to the effect that Gloria Okon had not died in detention but had been spirited out of the country.

According to Mohammed, Lasaki’s story was dismissed, though she was requested to investigate the rumour further.

Lasaki was said to have returned the next week for the next editorial session and declared that the rumour was false.

Giwa was not present at any of the sessions, according to Mohammed.

The Ibrahim Babangida drug-running angle was also called into question.

The story was discredited by revelations made by the embittered former head of the National Security Organization (NSO), Alhaji Mohammed Lawal Rafindadi.

In 1985, the General Buhari-led Supreme Military Council delegated the NSO under Rafindadi to investigate Babangida.

The investigation found Babangida complicit in forgery and activities inimical to national security.

This issue arose as a result of Babangida and his brother-in-law, Mr. Sunny Okogwu’s interest in an arms manufacturing venture in Kaduna.

The Supreme Military Council, based on the NSO’s findings, slated Babangida for retirement. This never happened.

On 27 August 1985, a few months later, a coup led by Babangida toppled the regime of Gen. Mohammedu Buhari. 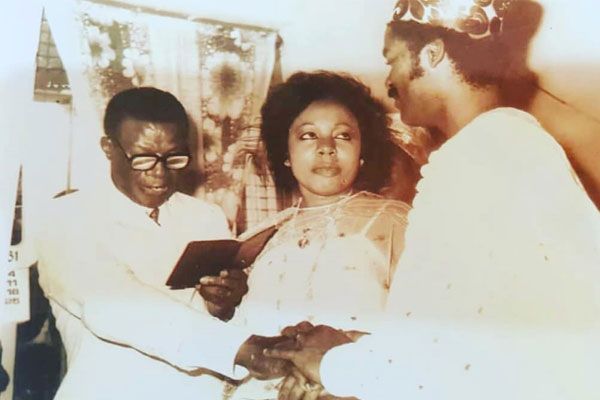 The wedding ceremony of the late Dele Giwa and his second wife, Ita Giwa, who would later become a senator of the Federal Republic of Nigeria

Soyinka’s testimony about the events prior to and after the bombing has also been brought into question.

There have been accusations made to the effect that he might have been the person that detonated the bomb by remote control as he was not injured in the explosion. 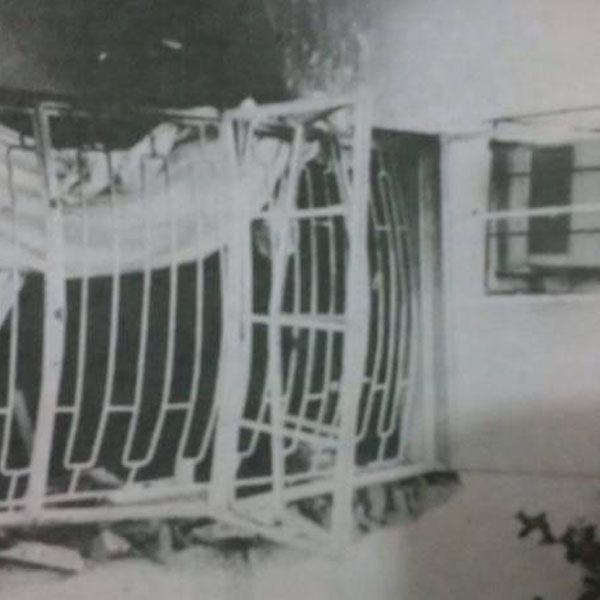 The shattered window of Dele Giwa’s home after the explosion

Chris Omeben was the Deputy Inspector General of Police (DIG) in charge of the investigation at the time.

Omeben explained that he had examined the crime scene and found it suspicious that the toilet adjacent to the blast site, which Kayode Soyinka claimed he was occupying when the explosion occurred, had also been damaged by the blast, but that Soyinka was unharmed.

He also claimed that the power of the explosion was strong enough to blast away the steel bars over the toilet window (burglary proof), making Soyinka’s narrative less credible in his opinion.

Omeben also alleges that he requested an interview with Soyinka, but later learned that he had fled the country.

All of these accusations were flatly denied by Kayode Soyinka.

In 2001, General Ibrahim Babangida refused to testify before a national human rights commission about the Dele Giwa murder.

Ibrahim Babangida, Haliru Akilu, and ex-security aide to Babangida, Kunle Togun, went to court and obtained an order restraining the commission from summoning them to appear before it. 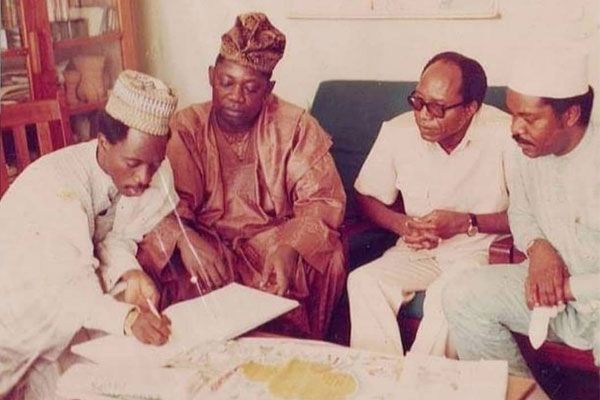 The Chairman of the commission, Justice Chukwudifu Oputa, commented that the commission had the power to issue arrest warrants for the trio but decided against this “in the over-all interest of national reconciliation”.

In 2003, the Oputa Panel report concluded: “General Halilu Akilu and Colonel A. K. Togun are accountable for the untimely death of Dele Giwa by a letter bomb. We recommend that this case be re-opened for further investigation in the public interest.”

In 2008, the Government of Nigeria named a street in the Federal Capital Abuja after Dele Giwa.